Heroin: Taking Back Our Community 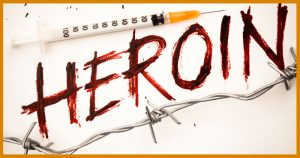 At the recent Parma Area Ministerial Forum in May, one of the topics of discussion was heroin and its impact on our community.  During the meeting, I asked the group of pastors and ministry leaders whether or not their congregations had been touched by the heroin problem.  Nearly all in attendance confirmed that it had.

In Ohio alone, there are a staggering 5-8 deaths per day related to heroin/opiate overdoses (1 death per day in Cuyahoga County).  “No place in Ohio is worse than Cuyahoga County,” stated Carol Rendon, Ohio US Attorney, in regards to the heroin crisis.  She added, “It is second to only terrorism as a priority.”

I would echo DeWine’s statement.  It’s painfully evident that the government cannot control it, nor can law-enforcement, the courts, or the prisons contain it.  It is a pervasive issue that is growing rapidly and transcending every demographic (race, gender, age) and socioeconomic status level.  It’s no longer just affecting the stereotypical druggie or low-life, gang-banger.  More and more, it is the suburban 17 year-old stand-out student from the affluent family whose curiosity in the medicine cabinet leads him to an addiction.  It is the chic soccer mom who inadvertently discovers heroin to be far easier and cheaper to get than her prescription meds.  It is the savvy business man that, post-surgery, becomes hooked on opiates, not to get high, but just to function and get through the day.  It is the neighbor, the brother, the sister, the friend, the devoted parishioner. 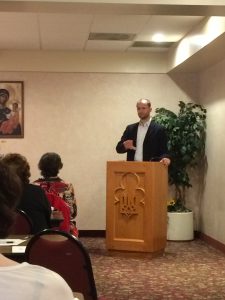 According to Kevin Riley, Parma Police Detective Lieutenant, “Parma is second in the county, behind only Cleveland, in narcotic related mortalities.  Indeed, it is a community problem – and one that the local church must be at the forefront in solving.

How can the local church respond?

I will admit, prior to a year ago, I was far less concerned about the heroin crisis than I am now.  What made the difference?  The problem hadn’t touched me yet.  Within the last year, however, I have experienced the loss of two people connected to me who overdosed from heroin.  All I can say now is, when it hits you, it changes you.